What are ureteral stents used for?

Which problems can occur when using ureteral stents?

Why is the CLEANUS study being conducted?
Summary of the CLEANUS study
Full title:
Comparative study of encrustation and bacterial colonization of ureteral stents with anti adhesive and bacteria repelling coating versus uncoated stents
Acronym:
CLEANUS = Clinical study to evaluate the benefit of a permanent negative surface charge on ureteral stents
When using ureteral stents, biofilm formation and encrustation are still the most common complications. Patients who experience occlusion of the ureteral stent must be treated in hospital as an emergency to change the stent. Encrustations can also cause injuries in the urinary tract when the ureteral stent is removed.
There are ureteral stents made of different materials, but they differ only slightly in their tendency to become encrusted. The UroNova company has developed a new type of bacteria-repellent and encrustation-inhibiting coating for double-J ureteral stents. The coating is long term stable, so there is no drug release. Furthermore, the coating has no pharmacologically active and biocidal components.
The randomized double-blind study is led by Professor Dr. O. Hakenberg at the Urological Clinic of the University of Rostock. The aim of the study with 300 planned patients is to investigate the effectiveness and advantages of the new coated double-J ureteral stent in relation to the amount of encrustation, complications and quality of life of the patients compared to commercially available ureteral stents.

What are ureteral stents used for?
Ureteral stents are used to drain urine between the kidney and bladder through the ureter. They are mainly used when the flow of urine is disturbed by urinary stones, bleedings and external compression of the ureter, eg. by abscesses or tumors.
As early as 1967, Dr. Paul Zimskind in Philadelphia, USA, made the first attempts in internal ureter drainage using silicone tubes. In 1978, Finney and Hepperlen presented the so-called double-J design in the USA at the same time, which essentially corresponds to the design of today's ureteral stents. Since the early 1980s, polyurethane has been the main base material used besides silicone. 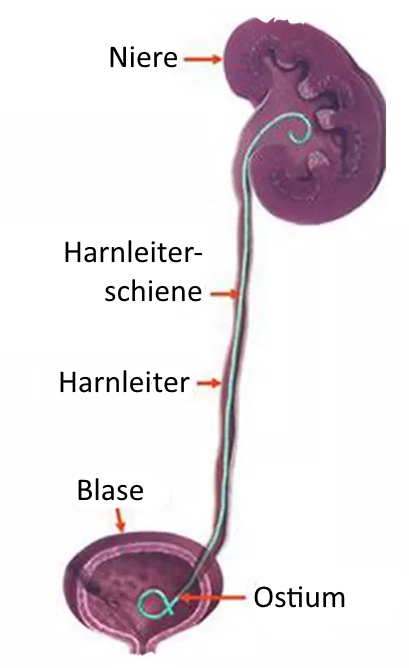 Which problems can occur when using ureteral stents?
Urinary tract infections, which are most common in patients with permanent ureteral splinting, are favored by biofilm formation on the surface of the ureteral splint. Bacteria settle on the surface, multiply and form an association that protects them from external influences, such as antibiotics administered, and renders them ineffective.
Furthermore, a so-called incrustation of ureteral stents often occurs. Crystalline deposits that form from the components of the urine can cause the ureteral stent to become blocked. The affected patients often become emergencies, since the accumulation of urine up to the kidneys can lead to a life-threatening situation. The removal of heavily encrusted splints is also extremely problematic, since massive stone formation during removal can lead to injuries or even necessitate open surgery.
This also represents a health economic problem, since the treatment of such patients in the emergency room and any operations that may become necessary lead to large additional costs for the health system. If this could be reliably prevented, the supply of ureteral splints would become cheaper, more effective and safer. 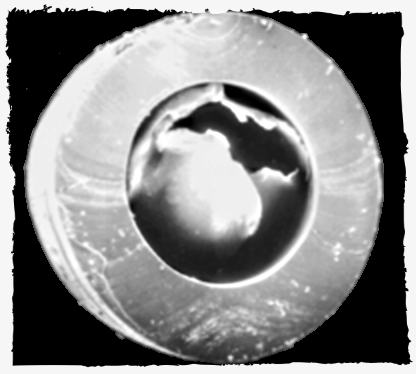 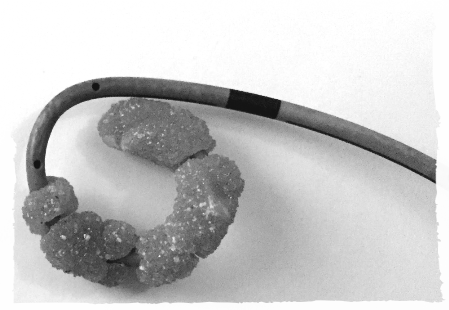 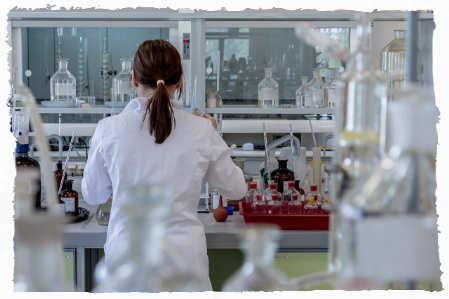